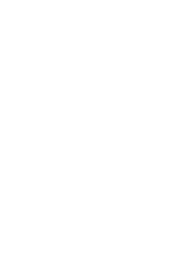 The Quest for Quietness

One major design aspect of every deBont bass amp is the absence of noise, humm, hiss or other unwanted artifacts. Silence until the bass tells it otherwise. The signal-path is the obvious candidate, but it goes for any mechanical noise as well. Unfortunately, where power tubes and high wattage power-supplies meet, fan cooling is a required. But there are ways to still make it virtually silent. Here’s my quest for cool quietness.

Forced air cooling is important for reliable and long term operation of any encased high power tube amp. A fan is the most obvious way to do this, but it will add all manners of mechanical noise. Something you want to avoid in quiet settings, studio use or other setups where microphones might come into play. How to minimize the audible effects?

Three factors determine a fan’s noise; blade/intake design, build quality and rotational speed. Finding a high quality, well designed fan is easy! There’s a vivid online community of noise hunters who want to make their PC’s as quiet as possible. Since PC’s can take up to 4 fans or more to keep everything cool, good quality fans can make A LOT of difference, and most manufacturers target this group of end-users. Websites filled with tests and reviews turn up two specific models for me scrutinize ; The Noctua NF-A9 and San Ace 9GA0912 series.

Now the hard part; speed. Setting the fan-speed to the max is quick, easy and gets the job done, so this is how most amp builders do it. But since higher fan-speeds and noise levels go hand in hand, it’s something you really want to keep down. If turning too slow however, the fan is rendered useless since the actual volume of moving air largely determines the amount of cooling. Side note; a bigger fan can help, as it will either move more air, or the same volume at lower speeds. Hours and hours of testing the amp with both fans at different power levels with different fan speeds while continuously monitoring the temperature resulted in the baseline to keep everything cool and comfortable. When using the amp at higher power levels, more moving air is required to keep things cool (actually, continues use at around 60% of max output power is the most taxing on the amp, but I’ll have to devote a separate article to this effect) . The only logical choice is *drumroll* variable fan-speed. Every deBont bass power amp includes temperature monitoring for this exact reason. At low to medium power levels, e.g. small settings and studio use, the fan speed is slow and will be virtually silent. Giving it a real pounding on stage will make the fan go from silent to barely audible.

Last hurdle is to find out which of the two fans to use in the future. If a given fan moves more air at the same speed, it’s probably better suited for the job. A quick ‘garbage-bag test’ (yes, actually having the fans blow up a plastic garbage bag and see which one does it the quickest) showed they both perform equally well. However, for the optimum fan-speed found earlier, the Noctua fared better than the San Ace. It’s simply designed for the allowable slower rotation (in other words the San Ace can’t go slow enough), and is therefor a lot less noisy than the higher RPM San Ace.

Now the fan is as silent as can be, but that’s not all. If the actual moving air has to pass through small holes, past sharp edges and other components, an effect called ‘chuffing’ comes into play. Every obstacle the air has to overcome speeds it up or creates a small vortex, resulting in audible wind noise. Using a fan-grill for the intake instead of a cut-out is the first step. A grill has the added benefit of passing a lot more air through the same diameter hole due to the greatly reduced surface area; 85% vs. 50% for a typical cutout  Next is to make sure every obstacle in the cooling path is either rounded off or allows for enough air to flow through/past it. Creating a tunnel which encapsulated all the components that actually benefit from the moving air helps a lot too. It concentrates the cooling effect and takes rough and sharp-edged objects like transformers and brackets out of the equation.

Any cookies that may not be particularly necessary for the website to function and is used specifically to collect user personal data via analytics, ads, other embedded contents are termed as non-necessary cookies. It is mandatory to procure user consent prior to running these cookies on your website.